APEX Pain Specialists is committed to providing world-class pain management care to our patients. At this time we are now accepting new patients. We have implemented new safety measures as we continue to navigate through this difficult time.

As the body ages, the joints can become arthritic. The bony structures connecting the vertebrae of the spine, called the facet joints, are no exception. With age, the facet joints can lose their pliability and elasticity, begin to rub against each other, generating irritation and inflammation and causing significant pain and discomfort.

As the body ages, the joints can become arthritic. The bony structures connecting the vertebrae of the spine, called the facet joints, are no exception. With age, the facet joints can lose their pliability and elasticity, begin to rub against each other, generating irritation and inflammation and causing significant pain and discomfort.

Radiofrequency Neuroablation is a minimally invasive technique and therefore administration of general anesthetic is not required. You will be conscious throughout the procedure and lying on your stomach. Only a small area over your back which requires treatment is cleansed and numbed. This procedure is performed under the guidance of fluoroscopy. The fluoroscope is a special kind of X-ray machine that helps doctors to visualize the placement of the needle electrode in invasive procedures.

During the procedure, your doctor will direct a special radiofrequency needle electrode close to the facet joint in such a manner that the needle tip lies almost near to the medial branch nerve. The needle tip is then heated so that the nerve gets cauterized and destroyed thereby reducing the pain. This procedure may last for about an hour or two.

How Does Radiofrequency Neuroablation Work?

RFA technology uses radio waves to create an electrical current. The goal of the treatment is to ‘burn’ off the affected nerves from the facet joints, thereby eliminating the pain signals sent to the brain from that particular area.

Before the procedure, the patient will be mildly sedated, and a board-certified anesthesiologist and pain management specialist will administer a local anesthetic. The injection will be conducted under live x-ray (fluoroscopy) to optimize needle placement and avoid unnecessary nerve damage.

First off, the physician will place a specialized radiofrequency needle next to the medial or lateral branch nerves in the spine. A small charge of electric current is sent through the needle to ensure that it is targeting only the affected nerves. Radiofrequency waves will then be carefully transmitted to heat the end of the needle and burn off the nerve, creating a lesion and inhibiting its capacity to relay pain signals to the brain.

The Benefits of Radiofrequency Neuroablation

Radiofrequency Ablation has been shown to provide relief of chronic lower back and neck pain related to arthritis, degenerative conditions, and injury.

Other benefits of RFA include:

Additional advantages of the procedure that strengthen its allure for physicians and patients include the ability to have it done in an outpatient facility, the accuracy of needle insertion, and the option to repeat the treatment if necessary.

RFA is relatively safe and well-tolerated, with minimal complications during the procedure. Some potential side effects may include:

Most side effects diminish after a few days. Some patients may experience lingering numbness for a few hours after the procedure.

As with most medical procedures, RFA contains certain risk factors and may not be indicated for patients who:

Diabetic patients will need to adjust their insulin dose on the day of the procedure. As a rule, your physician will be able to advise you about your level of risk and if you are a viable candidate for RFA.

How Successful is Radiofrequency Ablation?

It is possible that nerves that have been destroyed during the process may grow back after six to eighteen months. However, nerve regeneration may not necessarily signal a renewal of the same intensity of pain experienced before the RFA procedure.

Physical therapy and regular exercise can help patients keep their lower back pain levels at bay.

How long does RFA procedure take?

Depending upon the areas to be treated, the procedure can take from about twenty minutes to a couple of hours. The procedure is usually performed in an operating room, sometimes in a fluoroscopy (x-ray) room.

How do you prepare for radiofrequency Neuroablation?

To prepare for radiofrequency neuroablation treatment, you should take a few precautions, including:

Does Medicare pay for radiofrequency ablation?

Medicare recipients may get coverage for radiofrequency ablation if the procedure is deemed medically necessary by your physician. Medicare recipients may need to show that other treatments have failed before RFA is approved for coverage. If you receive this treatment for a covered medical condition while you are formally admitted as an inpatient in a hospital, Medicare Part A (Hospital Insurance) may help cover the cost of the procedure. If you get this treatment in a doctor’s office or in an outpatient setting, Medicare Part B (Medical Insurance) will help cover the costs. You may be responsible for coinsurance or a copayment, and the deductible will apply.

If you are enrolled in a Medicare Advantage plan, you will have the same coverage as Original Medicare Part A and Part B, but you may have additional benefits that may reduce your out-of- pocket expenses. These plans vary in coverage and costs, so check with your plan to find your exact costs associated with radiofrequency ablation.

In July 2016, the US Food and Drug Administration (FDA) approved a radiofrequency ablation device* that targets the basivertebral nerve for the treatment of chronic low back pain.5 The INTRACEPT® Intraosseous Nerve Ablation System from Relievant Medsystems, Inc. is intended for patients who have not responded to conservative treatment approaches for pain that has persisted for a minimum of 6 months.

The FDA approval was based on results of Relievant’s prospective, double-blind, randomized, sham-controlled clinical trial of 225 patients. The findings show that more than 75% of completers in the treatment arm demonstrated improvement of 10 points or more on the Oswestry Disability Index (ODI), and this group had a 48% reduction in scores from baseline to the 3-month follow-up assessment. These results were sustained at the 12-month and 24-month follow-up points.

Though these initial findings seem promising, the utility of the device may be limited to a small number of patients, according to Steven P. Cohen, MD, director of the division of pain medicine and professor of anesthesiology and critical care medicine, physical medicine and rehabilitation, at the Johns Hopkins University School of Medicine. He is aware of the device but said that he attends all major pain conferences and has not seen any relevant data at those events or in major journals.

He points to a couple of potential limitations of the INTRACEPT® approach. “The issue is that the vertebral bodies are not a very common source of low back pain. There is still a lot of controversy as to whether osteoporosis without stress fractures or other fractures can cause pain–clearly, they can affect posture,” he told Clinical Pain Advisor. He noted that vertebral augmentation procedures for fractures have produced mixed findings, and the scant number of studies on radiofrequency ablation of larger nerves, such as the sinuvertabral nerves are methodologically flawed.

In addition, performing “radiofrequency on small nerve branches is fraught with difficulty, including locating and capturing all of the nerves and trying to ensure that the pain is actually from the vertebral body,” he explained. “I would imagine that this may only be relevant for a relatively small subset of individuals, as people with pain from the vertebrae would almost certainly have pain from multiple other sources,” he said.

Are you awake when they do an ablation?

Your nurse or anesthesiologist will then give you sedation medication through your IV to help keep you comfortable. Many patients are sleepy but not unconscious. This means you will still be awake. However, depending on which ablation procedure you have, you may be under total, general anesthesia.

Side Effects of Radiofrequency Ablation in the Facet and Sacroiliac Joints

Immediately after radiofrequency ablation, the following side effects may be experienced:

Sometimes, these symptoms may feel like a sunburn in the treated area. While these symptoms may last for the first few days or weeks, they can be managed by resting, intermittently using an ice-pack over the sore area, and using topical or oral medications.

These symptoms are typically not severe, however, sometimes the pain may be troublesome and may last for several weeks. While these symptoms are less common in the mid and low back, they may be more common at higher levels of the neck.11 These side effects may be due to increased irritation of a nerve that was only partially damaged and may still possess some function.

The medial branch nerves control some small muscles in the neck and mid or low back, but the loss of these nerves usually does not cause any significant loss of motor function. The lateral branch nerves do not control any muscles or sensation in the arms or legs, so a heat lesion poses less danger of negatively affecting those areas.

There may be a concern that without the ability to feel sensation through the treated nerves, an injury to either the neck or back may be caused. There is, however, no scientific evidence to support this concern. In fact, in the many years that neurotomies have been performed, patients have not been found to be at an increased risk of injury.

Following completion of the procedure, doctors will closely monitor their patients for any adverse reactions including motor difficulties, mobility problems, paralysis, muscle weakness, and severe pain.

It can take up to four weeks for the charred nerves to completely lose their functionality, therefore, patients may experience some residual pain after the procedure. Physicians may recommend analgesic medication to help patients alleviate their pain during recovery.

What are the long-term outcomes and considerations?

Utilizing RFA to treat TRAP sequence has been shown to be extremely effective. Our colleagues at the University of California, San Francisco have reported a success rate of greater than 90% survival of the normal twin with an average gestational age of delivery of 35 weeks. Although not every pump twin survives this condition or the procedure, there have not been any reported harmful long-term outcomes regarding RFA and pregnancies with TRAP sequence.

What is a lumbar Radiofrequency Neuroablation?

A lumbar RFA is a procedure that uses radio waves to stop the lumbar medial branch nerve from transmitting pain signals from the injured facet joint to the brain. The procedure calls for a needle to be inserted through the skin and guided with X-ray to the correct site overlying the medial branch nerve. 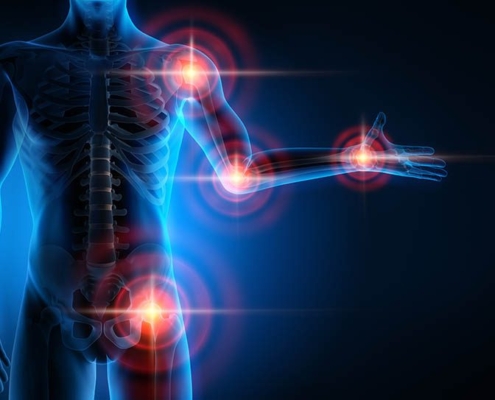 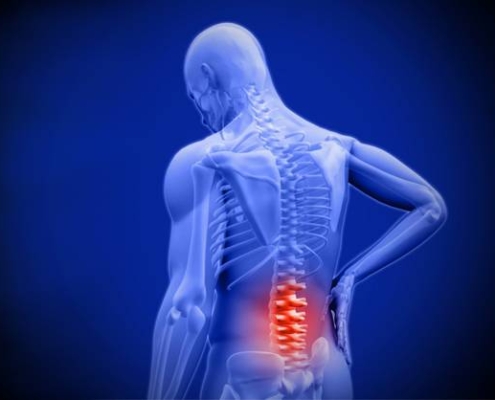 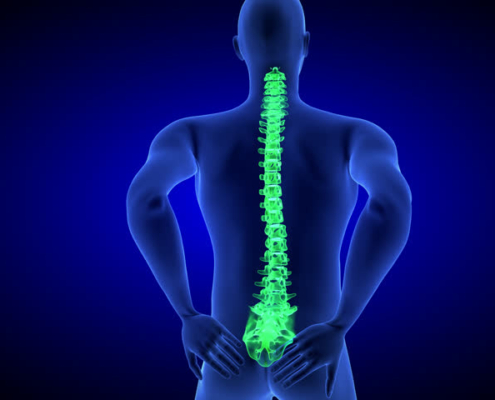 Make an Appointment
Scroll to top